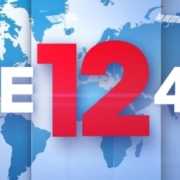 Last month, Miel Martine was featured on the M6 news programme for the Lavender honey harvest occasion. An IGP Provence honey produced on the Plateau de Valensole. A precious nectar transforms by the founders of Bulles de Ruche into a modern mead. A revisited drink, slightly effervescent and low in alcohol, which will keep you drinking all the summer.

Provence, the land of lavender, is home to one of the largest plateaus in France. At more than 500m high on 800km2, its emblematic plant grows as far as the eye can see. On these lands, lavender cultivation rubs shoulders with wheat ears, almond and olive trees. Witnesses of an ancestral culture which is part of the Provençal heritage.

In July, the lavender flowering delights the senses of authentic landscapes lovers. Blue-purple parallel lines that stretch to the horizon and their characteristic scent carried by the Mediterranean breeze. A preserved and sunny site all year round that continues to make you dream.

Mead: the drink of the Gods

Historically the oldest alcoholic drink, in mythology it was given to men by the Gods. An alcoholic beverage made from water and honey that once contained bee venom. Properties that gave it magical virtues according to the ancient customs: powerful aphrodisiac or elixir of longevity.

In the past, this drink was widely consumed and mystified by people from all walks of life. At the heart of many past rituals, notably in Celtic culture. Among the Vikings, it was traditional for newlyweds to drink mead during the lunar cycle following the wedding. This is where the term “honeymoon” comes from.

Like all alcoholic beverages, mead is the result of fermentation process. In absence of oxygen, yeast transforms honey sugar (glucose) into alcohol (ethanol). This biochemical process also produces gas (CO2) which can be retained to make the liquid sparkle.

Over the years, this alcohol has become increasingly rare, replaced progressively by beer and wine. Today, however, it is slowly becoming more democratic, sometimes in modern versions. This is the approach of Paul-Augustin and Marc-Antoine, the founders of Bulles de Ruche, who propose an effervescent and less alcoholic variant, close to cider.

Miel Martine uses cookies to offer you optimal navigation. By continuing your navigation, you accept the use of cookies on this site. Accept allReject allPrivacy policy