Miel Martine, a story that began in the heart of Provence.

When the new owners of Château La Martinette were first exploring their land, they happened upon old beehives. Right away, they began dreaming about reviving the estate’s age-old beekeeping tradition.

After consulting with professional beekeepers, they decided to start producing their own honey. Just like the wine and olive oil produced at Château la Martinette, all the steps involved in producing Miel Martine honey are monitored and certified.

Miel Martine is an authentic and timeless product that reveals the perfect balance between the expertise of bees and of people. Our production, combining both craftsmanship and technical expertise, is based on a responsible and sustainable approach that involves many local actors and enhances our region and its resources.

“The key to producing honey is understanding and respecting the bees.” 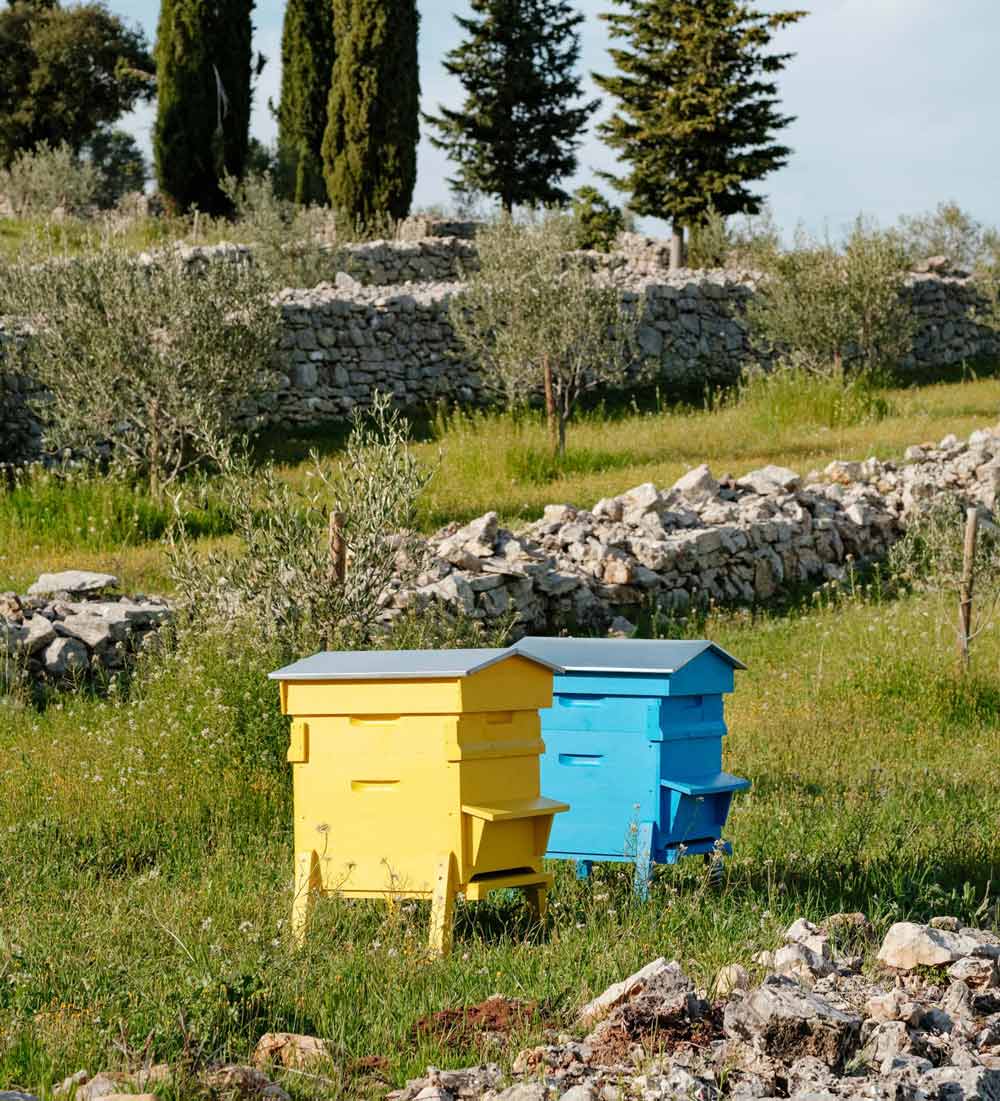 A fascinating adventure takes place before the honey reaches your toast.

To produce Miel Martine, our beekeepers take the bees from Château la Martinette on a trip all over France. This is called transhumance. Over the course of the seasons and flowering periods, the hives are moved from region to region to allow the bees to find the best nectar.

The dance of the bees

When the hives are installed near the fields selected by our beekeepers, an elaborate organizational system begins.  First, the scout bees leave the hive to identify the sources of nectar and inform the swarm. They then communicate the flight plan to the worker bees through elaborate dances.

From hive to honey jars

Once the bees have collected enough nectar, the honey harvesting can begin. With great care, our beekeepers draw the bees away from the beehive frames. In the honey house, Miel Martine honey is cold-extracted to preserve all its qualities and benefits before it is delicately poured into jars.

Opening a jar of Miel Martine means savouring much more than a simple spoonful of honey.

Miel Martine offers a range of natural honey representing the fruit of our strong commitment to our values.

The production of Miel Martine helps protect bees, at a time when the gradual decline of bee populations is threatening to disrupt the balance of the entire ecosystem.

Miel Martine is a natural product whose traceability makes it possible to exclude any counterfeiting.

Miel Martine was therefore born from this delicate balance of environmental responsibility, respect for our land, the promotion of ancestral knowledge and cutting-edge technology.

Miel Martine is extracted in the South of France, in the heart of Provence.

The ideal conditions at Château La Martinette allow us to produce completely natural honey with true respect for our land and traditions.

After purchasing Château La Martinette, which dates back to 1620, and the neighbouring property, Prieuré Sainte Marie Vieille, the new owners united the two estates in 2011 under the name “Château La Martinette”. The estate is nestled in a lush, natural setting along the banks of the Argens river, between the villages of Lorgues and Le Thoronet, an area which benefits from a wealth of biodiversity.

The owners, motivated by their love for Provence, do everything they can to make the most of the estate and its natural resources, while drawing on the region’s traditional savoir-faire. Producing local wine, olive oil and honey, repairing paths through the estate and restoring the château… At Château La Martinette, every project is aimed at improving the land. 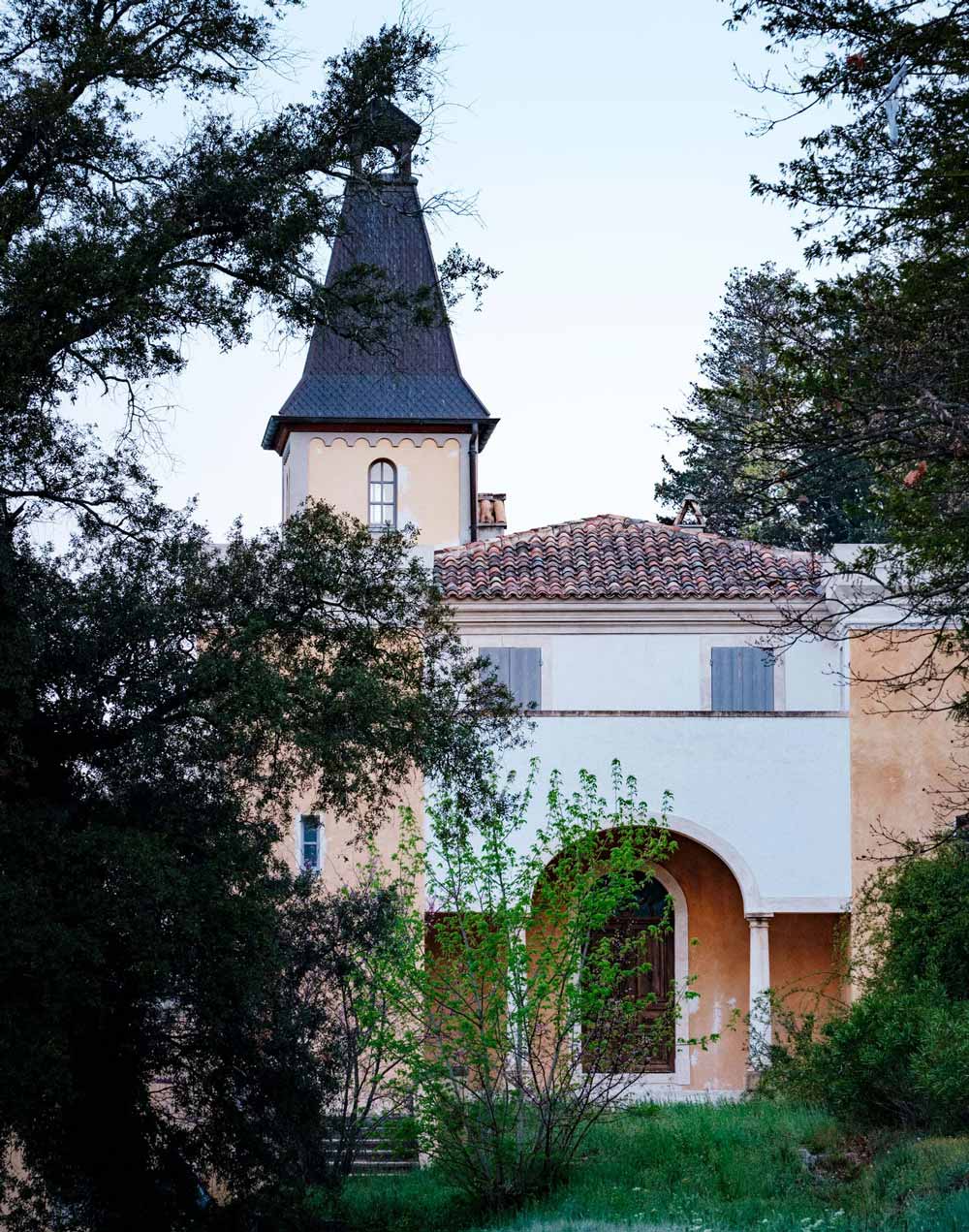 By credit/debit card or Paypal
Shipping with Colissimo 48h in France
By email, chat or phone